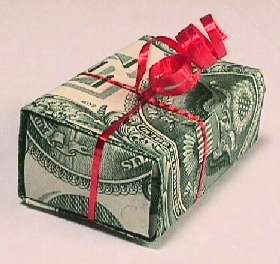 This Money Gift Box is by Clay Randall and used to be found on this web site: http://members.cox.net/crandall11/money/box/
But this site is no longer active and we have captured the image and reproduce it here. Please contact us if you are the rightful owner of this diagram and wish for it to be removed. Otherwise, thank you for sharing your talent.

This box made from two bills. The bills/box can be the gift itself, but it is also just about the right size for a ring box. (Perhaps a dollar-bill ring?)

Get yourself two fairly new, crisp bills. Older "soggier" bills are much harder to work with. For this design to work, the folds should be very precise, and perpendicular to the edges of the bill if the resulting is to be rectangular.

Lay the bill on a flat surface, face up. Fold the bill in thirds lengthwise as shown. Gently unfold these folds, you will reuse them later. I will refer to these as the third folds. 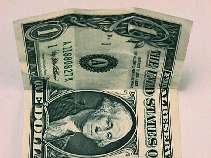 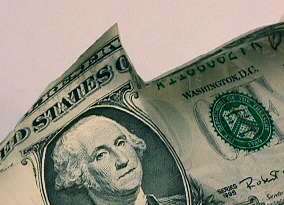 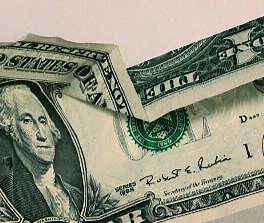 Inside this corner will be a remaining portion that you will crease
along the natural 45 degree line to complete the corner. 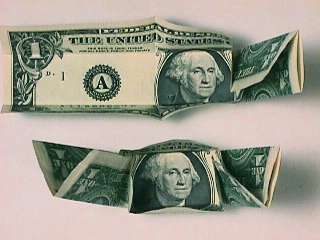 Complete the previous step for the other three corners. Now you will
have two "tabs" sticking up on the left and right sides. 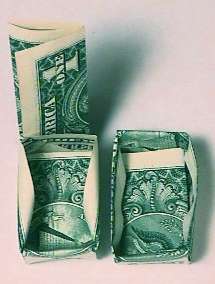 For each tab, pull it inside the box, folding so that the natural
edge of the box is pulled slightly over inside the fold.
(Look carefully at the bottom left of the picture.)

Do this evenly for both tabs.

For the two other sides, evenly fold over the edge of the bill.

You should now have an open box

If you make another piece just like the first, but slightly larger, you would have a lid similar to that found on most shoe boxes. To adjust the instructions above, you would fold so that the inner rectangle (bounded by the third and portrait folds) is slightly larger.

I do not like the way that looks, so I close the box another way as illustrated below. Try both – choose whichever you prefer. 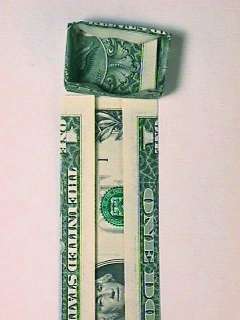 Fold the second bill lengthwise so that the width matches the widest portion of the open box you just made. I will refer to this bill as the cover, and the previous piece made as the open box in the following steps.

You need two folds as shown to be able to follow the last step (see below). For general appearance, it is nice if these are nearly symmetrical as shown. These will be called the width folds. 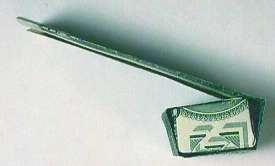 After folding, open the fold to 90 degrees, hold the cover back in place, and find the point for the next corner of the open box as the cover wraps around.

Repeat this process until the cover wraps over itself (four folds).

These will be called the wrapping folds. 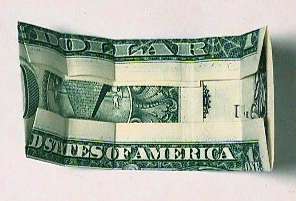 There is now one very long side to the cover. Fold back the long side so that is just a bit shorter than the first side.

I will call this the end cover fold.

In this illustration, the end cover fold is at the left edge of the picture. I have also (gently) completely unfolded the cover, refolded the end cover fold, the width folds, then the wrapping folds in that order. (This unfolding/refolding is optional, but makes the cover look nicer.) 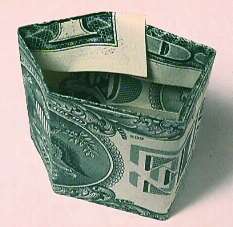 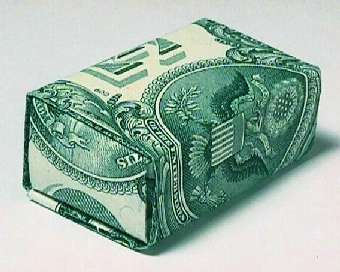 Of course if the gift box is for something special, a little ribbon adds a nice touch. (I used ordinary curling ribbon, cut in thirds lengthwise for this picture.