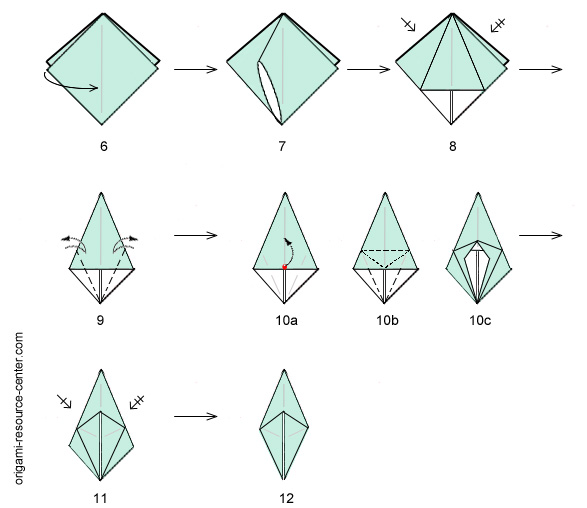 As the name implies, the frog base is used in making the traditional origami frog. If you fold down the small flap (right image), then the model can be made into the traditional iris flower. Lillian Oppenheimer, co-founder of The Friends of The Origami Center of America which later became OrigamiUSA, used to designate the model on the left as the frog base and the model on the right as the lily base. However, most people do not distinguish between the two forms in such a specific manner. The base is can be called frog base, lily base, or frog-lily base.