This page shows how to make a Moravian Star using 4 strips of paper. Although the task is not particularly hard, those who have never made one before may find it a bit confusing. But after 2 or 3 tries, you will be able to make them with your eyes closed!

Start by getting 4 strips of paper with 1:24 ratio. This means paper widths and lengths should be:

A. Fold the strips in half.

B. Trim the ends to make them tapered.

C. Weave the 4 strips together as shown. For example, both ends of strip 1 should be in between strip 2.

D. Scoot the strips together to tighten the central square. 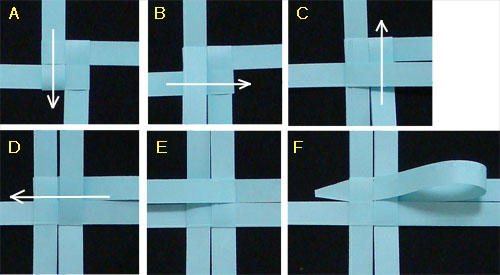 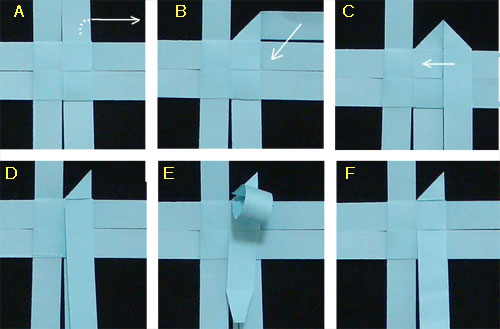 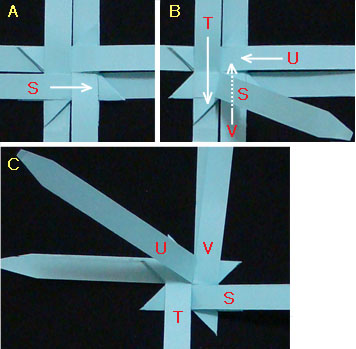 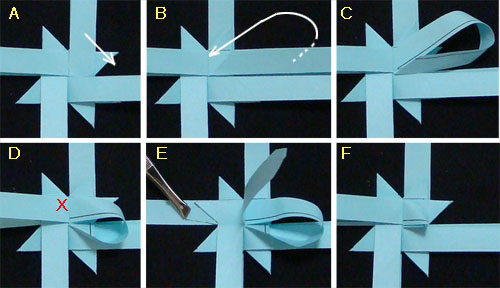 more origami stars
Search for Something on this Site:
Go to Top