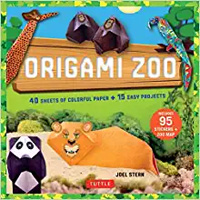 Origami Zoo Kit by Joel Stern is a nice gift box filled with 40 sheets of patterned square sheets of paper which can be used to make the origami models described in the 48-page booklet.

Included in the kit are two sheets of stickers which enhance the look of the folded origami models. For example the gorilla, lion, and people look more recognizable after the face-stickers have been applied.

The booklet contains diagrams for 16 models which include people, a fence, a tree, and 13 animals including reptiles, birds, and mammals. The origami instructions are in the form of standard dash/dotted lines with arrows and a few lines of text. Buyers should know a least a little about origami folding before buying the kit. If the kit is to be give to a child, expect that there needs to be an adult to help complete the model.
[Shown: Tree, Parrot] 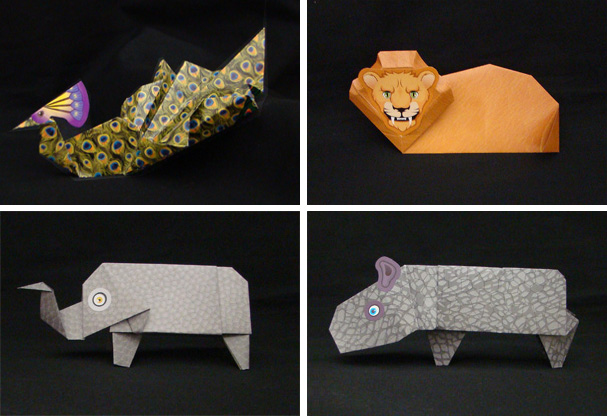 The first two models are for making people (zoo visitors) and a tree. Keep in mind that some of the models look good if you use the included stickers. There are 3 stickers of human faces so once those are used up, you will need to draw the face in yourself. {Shown: Peacock, Lion, Elephant, Hippo]

Similarly, the kit includes approx 3 patterned sheets of each pattern. Once the sheets are used, then you will need to get square sheets of paper for further folding. 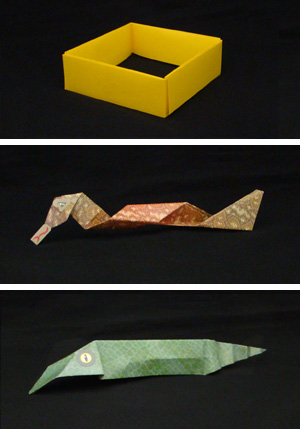 Most of the models are fairly simple to make. Half of the models require less than 15 moves to complete. The hippo and elephant requires two sheets of paper.
[Shown: Fence, Python, Crocodile] 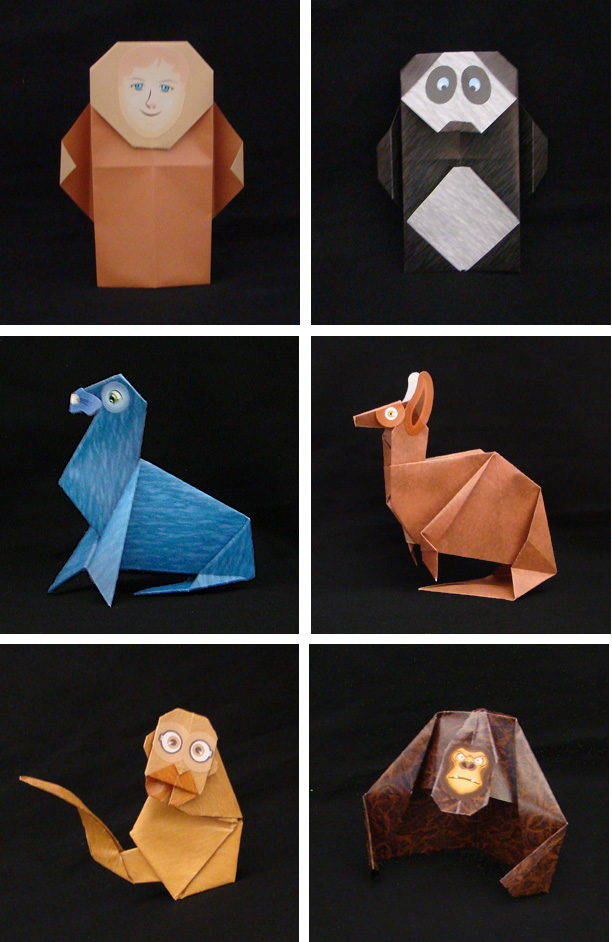 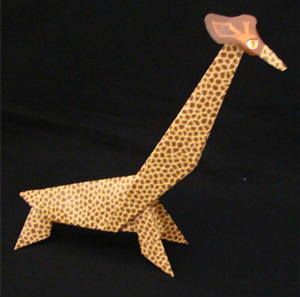