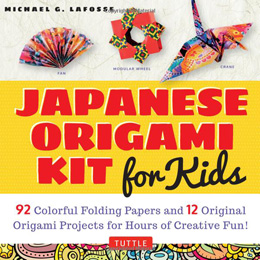 Japanese Origami Kit for Kids by Michael LaFosse is an all inclusive kit which you can give to a child. The kit includes a booklet of origami instructions, multiple sheets of colorful paper squares, and fake money (to be used instead of real dollar bills). 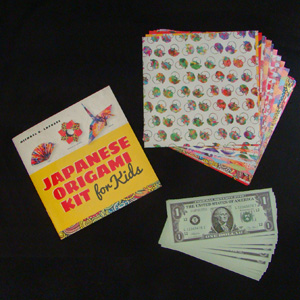 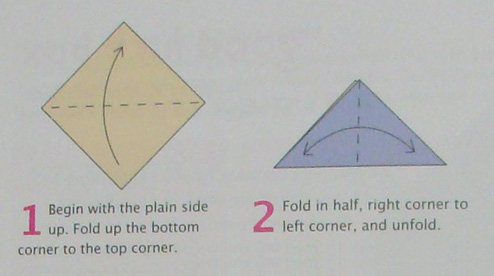 The booklet has instructions for 12 origami models. The visual diagrams with arrows and dot/dash lines are easy to understand for those who have done origami before. If you are unfamiliar, there is a section at the beginning of the book which explains the symbols and conventions used by the origami community. Under each line diagram are textual instructions. This combination of visual and textual instructions allows people to use the instructions that suits their learning style. Each diagram is preceded with history or cultural information regarding the origami piece to be made.

The booklet contains diagrams for two traditional boxes: the Masu Box and the Shuttle Box. The Shuttle Box is noteworthy in that the completed box shows both sides of the paper (both patterned-side and back-side are visible). 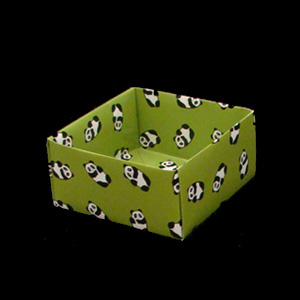 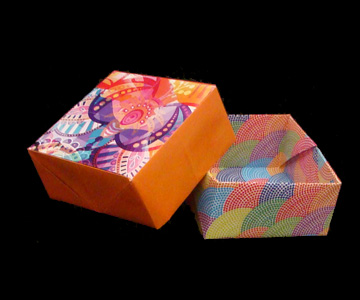 This kit contains instructions to make two modular designs: the Modular Wheel and the Good-Luck Box. The Wheel uses 8 sheets of square paper: the folding is easy and the assembly is easy. Though, there may be an error in step 13 because the image shown in step 14 looks a little different compared the the appearance of the actual model. 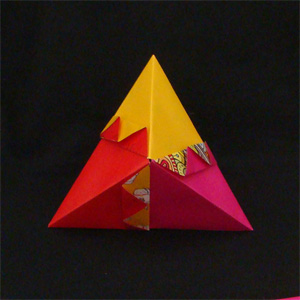 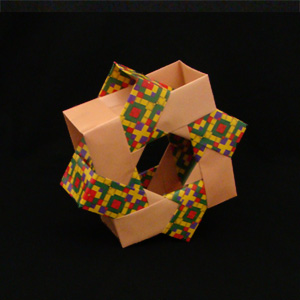 The Good Luck Box uses 3 sheets of paper: folding instructions is easy but the assembly is a little challenging. However, it becomes much easier to assemble the good Luck box after you have assembled it once. As well, there may be an error in the image on step 8 – there appears to be too many jagged edges in the image. It is a cosmetic error and does not affect how the model is assembled. 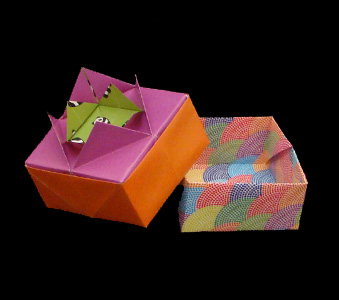 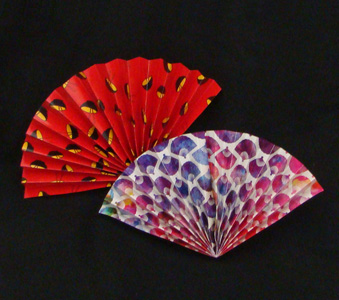 Included are instructions for three ornamental pieces: a Lotus Blossom, a Lotus Topper which can be used to decorate the Shuttle Box, and a Fan. The Lotus blossom is shown as two flowers nestled one inside the other whereas the Lotus topper is one lotus flower inserted into the top of the Shuttle Box. The Fan has an effective locking system which keeps the pleats together so the fan doesn’t unravel. 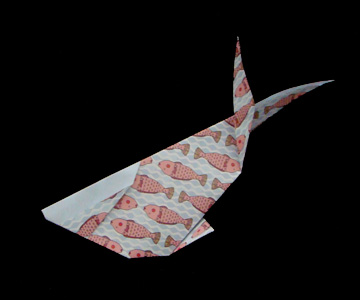 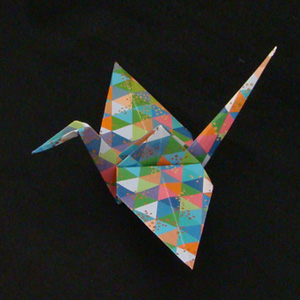 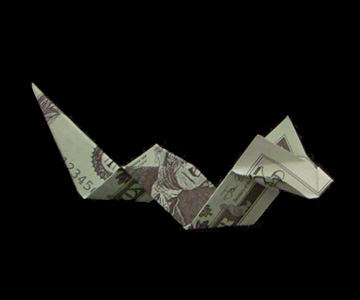 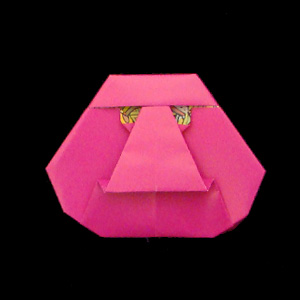 Last but not least, this origami kit has instructions for 5 animals: a koi fish, the traditional crane, a bat, a dragon (made with a dollar bill), and Daruma (representation of the founder of the Zen sect of Buddhisma).

The Dragon requires the use of the inside-reverse fold which can be difficult for young folders. The bat requires two small cuts to get the ears and similarly, the Koi fish also needs a cut to get the split tail. The method of folding the paper crane is different than the way it is typically taught: this goes to say that there are many ways to create the same model.
Conclusion
All in all, this is a nice gift box suitable for children approximately 8 years of age and older. Regardless of the child’s age, it is recommended that an adult sits with the child to help with the origami projects. Each origami model has it’s own challenges and it can be difficult for a child to accomplish all the models if there is no parental help.

Most models are traditional and they can be found on the internet for free. However, the Japanese Origami Kit for Kids has benefits such as: