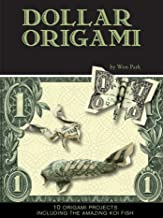 For those of you who have been following the works of Won Park, you will be pleased to hear that he has released his first dollar bill origami book called Dollar Origami: 10 Origami Projects Including the Amazing Koi Fish.

This book comes as a boxed kit which includes a spiral-bound book and 100 sheets of practice money. The practice money is slightly larger than a real US dollar bill so it gives you a little extra room for practicing. The spiral-bound style of the book is useful in that it allows the book to be opened flat without the use of a paperweight.

The answer is yes and no. Dollar Origami has instructions for 10 models; all of them are made with one single dollar bill: 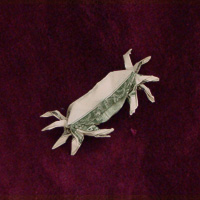 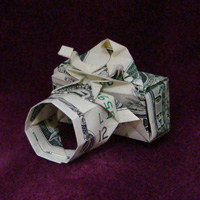 The money origami models in this book are “intermediate” to “intermediate-high” in difficulty. You should be comfortable with performing closed-sinks and spread-sink folds. You should be very familiar with origami symbols. Each diagrammatic step is accompanied by textual information, but it is the understanding of the symbols that is most useful. At this point, credit should also be given to Marcio Noguchi who generated the accurate and detailed diagrams. 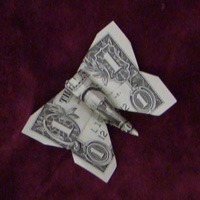 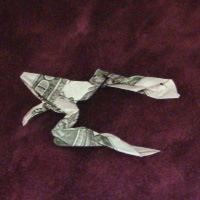 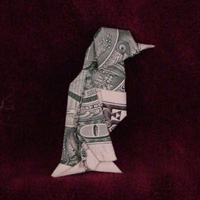 Warning: If you have never done origami before, you will not be able to complete the models in this book. If you have never folded origami with money, you will find these models challenging. Folding money offers two unavoidable difficulties: the paper is thick and the size of the bill is small. Tools such as tweezers, pliers, and clamps may be useful. 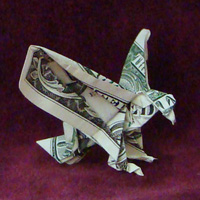 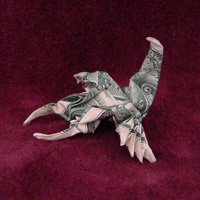 Some of Won Park’s origami diagrams are freely available on the internet; however, if you love his work, support him by buying his book. It will encourage him to create and share more of his artwork. Owning a copy of Dollar Origami

is like holding onto to apart of origami history: the dawn of complex dollar bill origami. 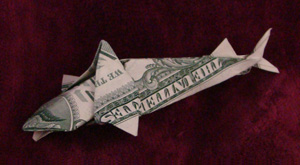 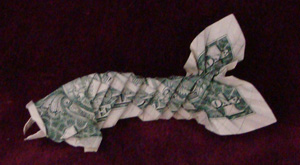 For those of you who are waiting for the two-dollar spider, it will be in his second dollar bill origami book which is scheduled for release in late 2012 or early 2013. Also included will be his one-dollar toilet and two-dollar Chinese Dragon; a total of 20 models. Diagrams for the three-dollar Millennium Falcon will not be released due to possible copyright infringement against Lucasfilm.