The blintz fold requires that you bring the four corners of the paper towards the center. This fold is used when making an origami pinwheel and other easy origami models. The blintz fold may have been named after the blintz pastry which is folded in a similar fashion.

To make a blintz fold you must first make the central cross-hair creases which are then used as reference points for the corner folds: 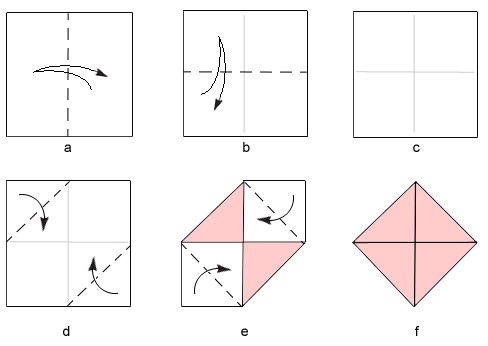